Today (September 14, 2016), in continuing my study of the artifacts, I made an important discovery: the first definite evidence of shell bead making at the Schuyler Flatts, in the mid-18th century.  There is a small piece of conch shell, rather typical, but then on the edge I noticed three tiny pin holes.  Close examination indicates they are very fine drill holes, for beads that for some reason were not completed.” 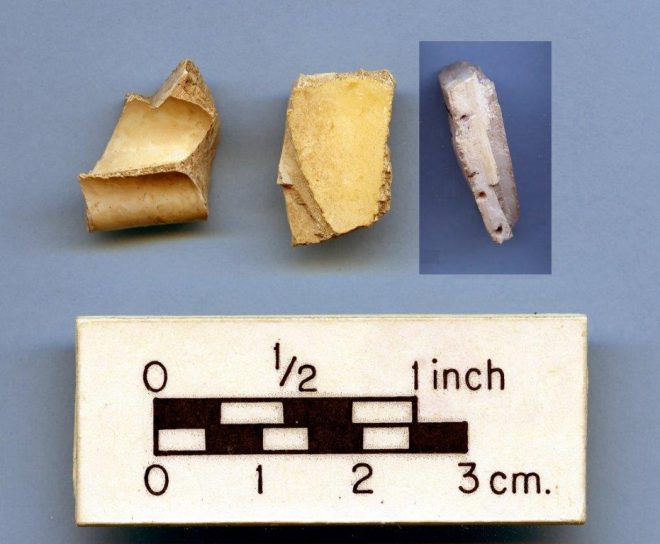