During the 17th century the Dutch used the term ‘sewant’ or sometimes ‘zeewant’ to describe wampum. Janny Venema has been translating Dutch documents and here are images and the respective translations of a few pages from around 1664 that mention ‘sewant’. In bold are the transactions that used ‘sewant’.

Disbursements of the deaconry by Jan van Aken 1664 January

Receipts of the deaconry by Jan van Aken 1664 January 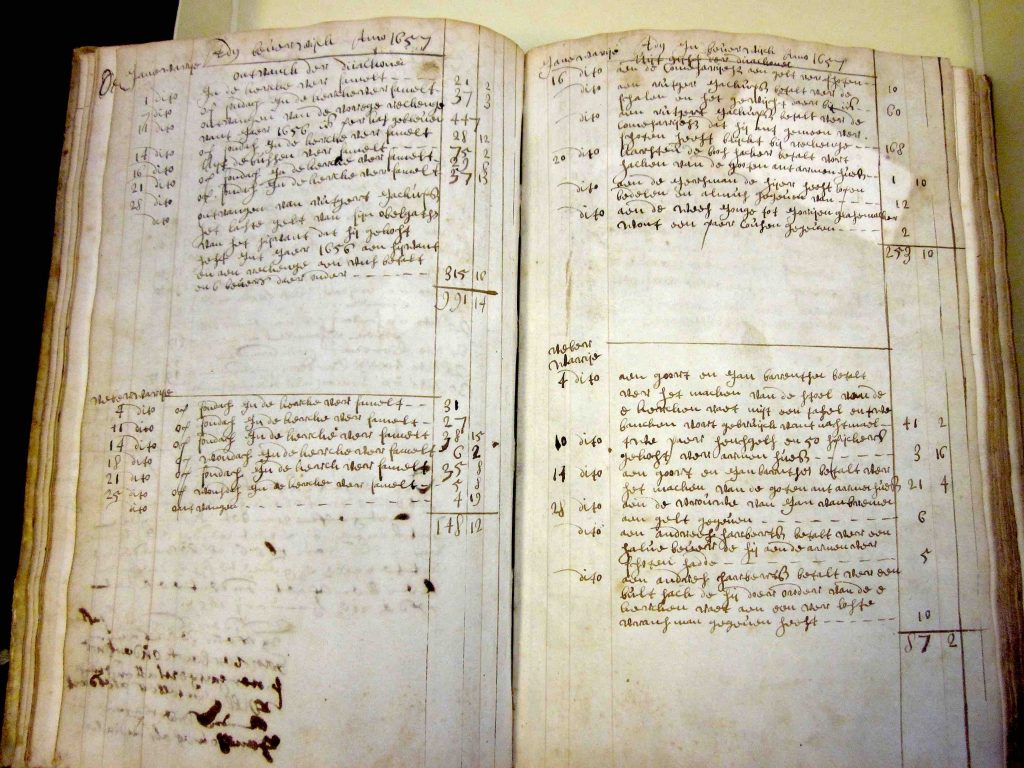 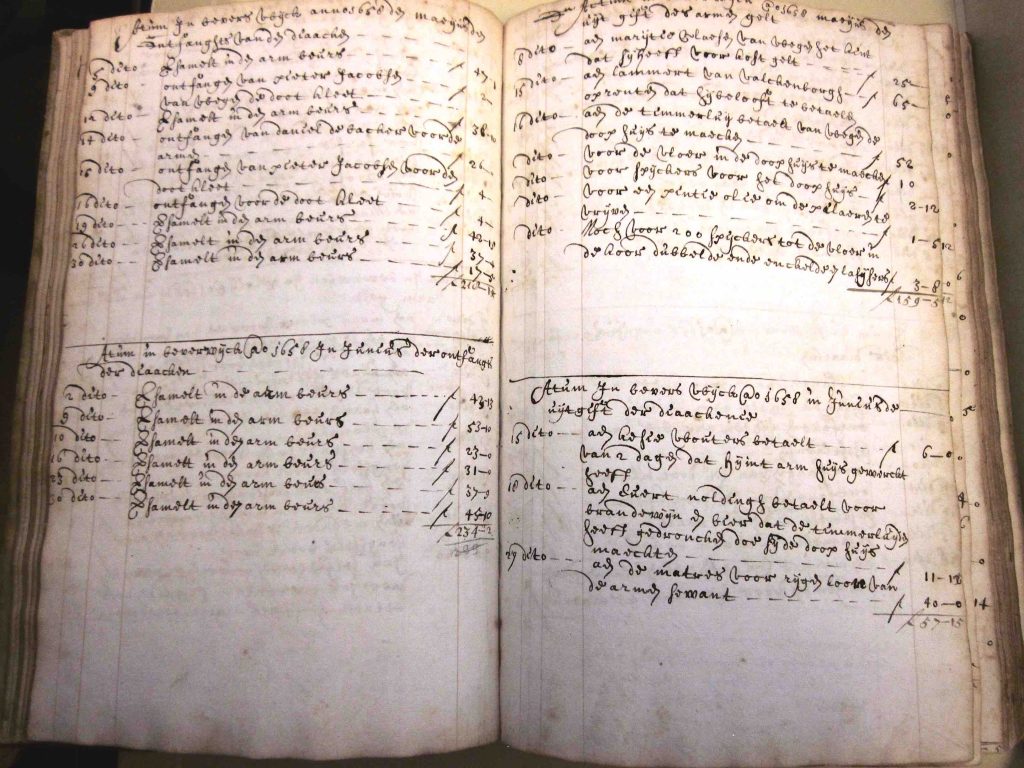 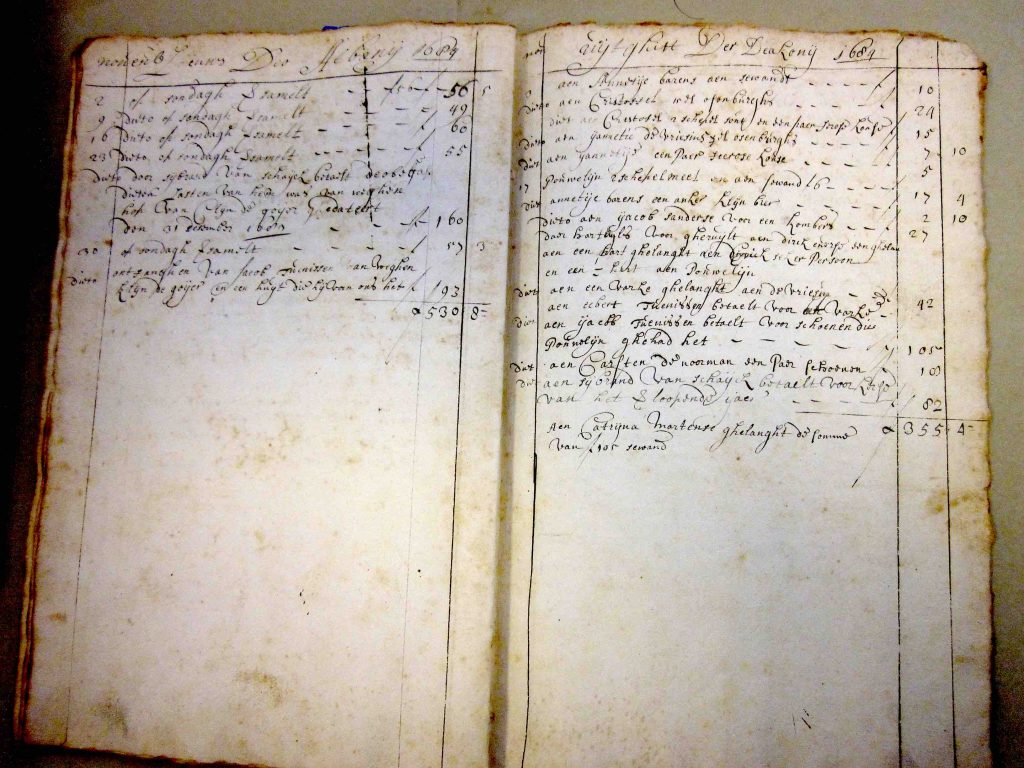 Janny Venema:  “The grand total of all entries on this page is 355 guilders and 4 stivers.  Then, at the end, Catrijna Martense is given another 105 guilders in sewant. I don’t think that is included in the total (just try to calculate (20 stivers in one guilder) So Catrijna and Annetije (read, or pronounce: Annetje) are given these amounts of money in the form of sewant.”